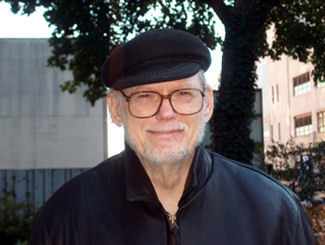 James Mechem was born in Wichita in 1923, but raised in Topeka, where his father, Kirke Mechem, was State Historian and editor of publications for the Kansas State Historical Society. After he graduated from Topeka High School, where he was editor of the school paper, he joined the Army. After that, he went to the University of Iowa to become a writer. There, he met his wife, who had grown up just a block from him, though he did not know her. After their marriage, they left Iowa and went to Oklahoma, where their first son, Chris, was born. When Mechem returned to Wichita, he worked for Boeing as a technical writer for over thirty years. He was also copy editor at the Wichita Eagle, and was technical writer for Beech, as well. During this time, which also saw the birth of four more children, he published small literary magazines: Out of Sight, Collage, Redstart, and Caprice. He also published widely in the journals of his time, from local magazines like Cottonwood, mikrokosmos, and Ark City Review, to Iowa Review, Colorado State Review, Triquarterly, Talisman, and Poetry. After his wife's death in August of 1996, he moved to Manhattan, New York, where he lived until 2008.

The following recollection is by Denise Low:

James Mechem See all items with this value 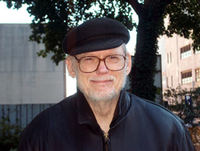