Frank Marshall Davis was a central figure in the literary history of African Americans. He was also a contemporary of Langston Hughes, Zora Neale Hurston, and Richard Wright. He was born on December 31, 1905 in Arkansas City, Kansas. His parents divorced one year later. A group of white boys tried to lynch him when he was five years old. When he was eight years old, Davis found his “long lost brother” when he got hooked by the blues. At the age of seventeen, Davis moved to Wichita and enrolled at Friends University. Shortly thereafter, he transferred to Kansas State Agricultural College in Manhattan to study journalism. He wrote his first poem as an assignment. That assignment hooked Davis on poetry and ultimately started his writing career.

In 1927, after moving to Chicago, Davis wrote short stories and articles for both the National Magazine and the Chicago Evening Bulletin. He also wrote for the Chicago Whip, for the Gary American, and for the Associated Negro Press.

In 1930, he moved to Atlanta to work as editor for a semiweekly black newspaper. Later, Davis became the editor of the Atlanta Daily World. His editing innovations made the newspaper into the first successful African American daily.

In 1935, Davis published his first critically successful book, Black Man’s Verse. The book was an alliance of free verse written in the rhythm of jazz that condemned racial prejudice. “Ebony Under Granite,” one of the sections in the book, chronicles of lives of African Americans buried in a cemetery.

In 1937, his second book, I Am the American Negro, loudly critiqued racism and its social connotations. The following year, Davis published his third book, Through Sepia Eyes (1938), which contained four poems. The poems were published in later volumes of Davis’ books. In 1948, Davis published  47TH STREET which many believe to be his best work. In his title poem, Davis chronicled a “rainbow race” of south side Chicagoans and their commonalities of economic class rather than race.

In 1948, Davis went to Honolulu, Hawaii, on an extended vacation. Hawaii impressed him so much that he withdrew from the limelight of the United States to build a new life in Hawaii. Davis and his second wife, Helen, raised five children there. He also continued to write a weekly column for the  Honolulu Record.

In the 1960s, during the Black Arts Movement, the writings of Frank Marshall Davis were rediscovered and have redefined some of the traditionally accepted boundaries of African American literary history.

By 1973, Davis had regained some of his earlier notoriety.

In 1978, Davis published his final volume, Awakening and Other Poems from selected poems taken entirely out of his second book, I Am the American Negro.

On July 26, 1987, Frank Marshall Davis died in Honolulu leaving the world his resounding vision of what should never have been and what could still be. Three other books about his life and work, Livin’ the Blues: Memories of a Black Journalist and Poet (1992) and Black Moods: Collected Poems (2002),  Writings of Frank Marshall Davis (2007), all edited by University of Kansas English professor John Edgar Tidwell, were published after his death. They contain information about the writer's life, his vision, and samplings of his poetry and journalistic work that challenged the social discords and racial barriers that existed in America. Davis ultimately rejected the existence of race as an absurdity in favor of an America without a qualifier in front of American. Davis hoped that someday all of this country's members could just be plain Americans without the baggage of race or class constructs.

Frank Marshall Davis See all items with this value 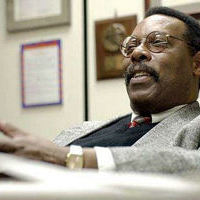 Livin' the Blues: Memoirs of a Black Journalist and Poet 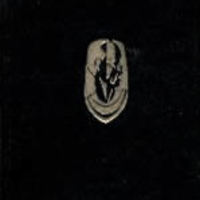 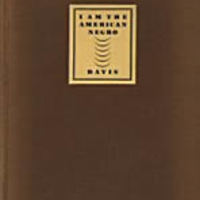 I am the American Negro 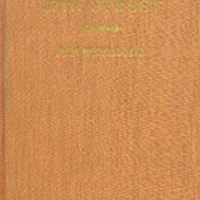 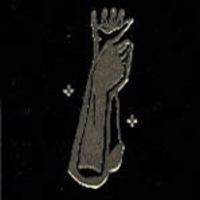 Awakening and Other Poems 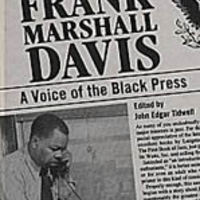 Writings of Frank Marshall Davis: A Voice of the Black Press 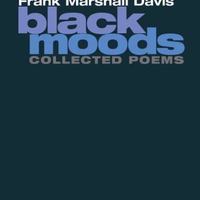